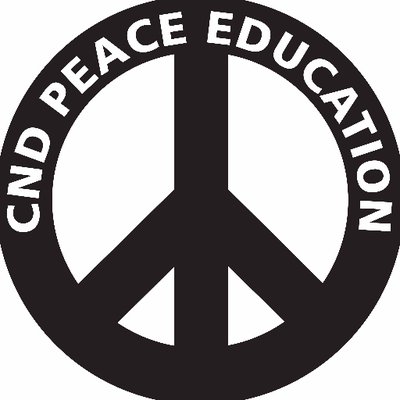 What can a peace crane teach students about Citizenship?

It’s been 75 years since the bombings of Hiroshima (6th August) and Nagasaki (9th August). Why not make your own peace crane to mark the occasion and honour those affected? We’d love to see your creations – tweet us @CNDPeaceEd! 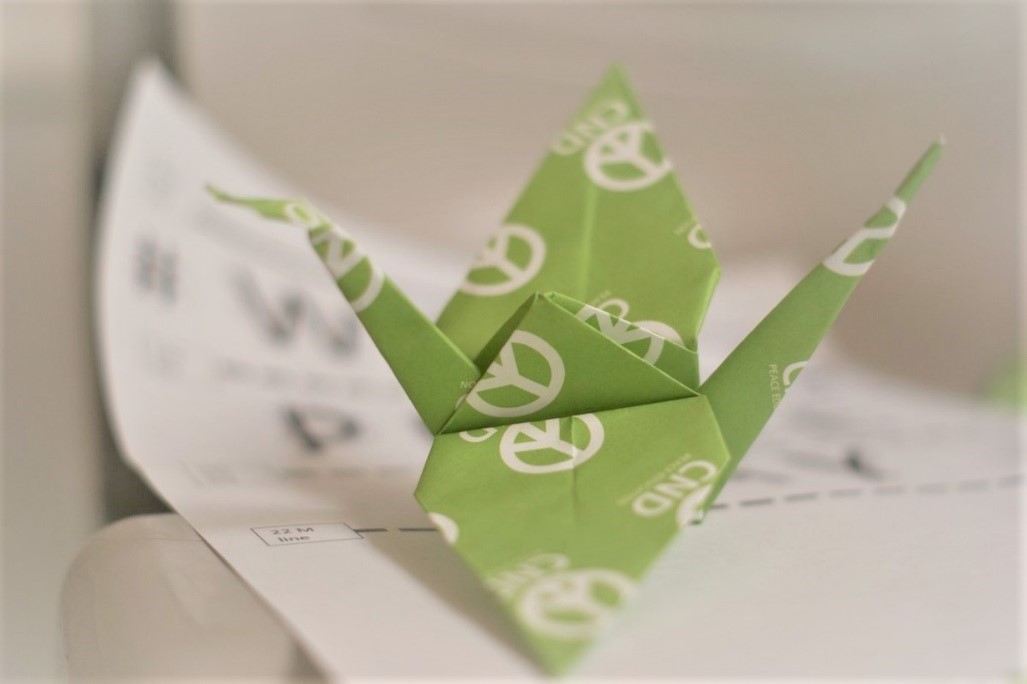 On the 6th of August 1945, the Little Boy atomic bomb fell on the city of Hiroshima. After ‘harnessing the basic power of the universe’[1] President Harry Truman ordered the Little Boy bomb to be dropped on the USA’s then enemy Japan. According to him, the bombing was intended to end World War II without delay.

For others, the war was ended not with peace but with an atrocity, which along with the atomic bombing of Nagasaki just 3 days later, killed between 120,000 and 600,000 people, mostly civilians. Many commentators then and now claim that the war could have ended without the use of nuclear weapons. Even so, entire cities were indiscriminately destroyed, and even today subsequent generations still suffer from the impacts of the bombs’ radioactive effects.

Yet many people did survive the atomic bombings, and one of them went on to inspire thousands of young people around the world. Sadako Sasaki was just 2 years old when the Hiroshima bomb fell. She, along with most of her family, survived the explosion. Yet when Sadako was 12, she fell ill with leukaemia, which was brought on by the radioactivity of the bomb blast, still lingering in her body and her city. Sadako had to remain in hospital for treatment, and there she began to fold paper cranes, with the aim of making 1,000. If she succeeded in the task, she’d be granted a wish, according to a Japanese legend. Can you imagine what she might have wished for?

Sadly, Sadako never left the hospital and passed away. But during her stay, she didn’t just fold 1,000 paper cranes, she actually folded over 1,600! If she earnt her wish, perhaps she didn’t use it to wish for recovery, then. Perhaps she wished for something more selfless, like peace. Today, a prayer for peace is engraved under a statue of Sadako in the Hiroshima Peace Park, and her inspiring story has spread across the world, making the paper crane a globally recognized symbol of peace. According to her brother, Masahiro, “what Sadako did – having wishes and folding paper cranes – is within reach of anyone”[2]. Any one of us can be an agent for peace.

This is the story we share with students in our Sadako’s Cranes for Peace workshop. Students learn about the history of nuclear weapons, and the session ends with them folding their own peace crane and making a wish for peace. It’s always amazing to see students young and old, after a very fiddly and sometimes frustrating process, genuinely excited to have made their own delicate crane.

What’s this got to do with me?

Drawing out the Citizenship content in our Peace Education workshops isn’t anywhere near as tricky as making a paper crane. Citizenship teachers are already aware of the important role wellbeing, lifeskills and mindfulness plays in their curricula and classrooms. Getting students thinking about and practicing inner peace lays the foundation for them sharing their opinions and envisioning change with integrity.

The ability to recognize and share one’s own feelings and opinions is listed in the national curriculum for Citizenship from as early as Key Stages 1 and 2 (in England). The Association for Citizenship Teaching (ACT) encourages teachers to develop students’ citizenship skills like critical thinking, oracy, tackling controversial issues, advocacy and discussion[3], opportunities for which are opened up in our Peace Education workshops.

Citizenship isn’t just about the personal and interpersonal aspects of peacemaking, though. CND Peace Education focuses on educating around global issues like conflict and nuclear weapons. Sadako’s paper cranes are relevant to young people today precisely because nuclear weapons affect us all now, whether they will be dropped on our cities or not. We connect students in England to stories like Sadako’s to remind them that their citizenship is global, as well as national. So, did you know that…

… the UK has 200 nuclear warheads, each 8-10x more powerful than the Hiroshima bomb?

… there are approximately 14,000 nuclear weapons in the world, owned by just 9 countries?

… the UK is committed to spending £40-205 billion on its nuclear weapons over the next decades?

Students can benefit from these questions not just to increase their knowledge, but to give them the opportunity to evaluate how they feel about this issue. Do they agree that this part of the UK’s defense strategy is effective, or worthy of investment? Do they feel that the number of nuclear warheads in the world should change? If so, what can they do to encourage this change?

CND Peace Education offers schools in England free, balanced, and interactive Citizenship workshops, as well as a free assembly about nuclear weapons from a knowledgeable speaker. We have six free teaching packs, including Sadako’s Cranes for Peace, each exploring peace and nuclear weapons issues and offering multiple lesson plans.

Our pack, Truman on Trial features a mock criminal trial activity where students decide for themselves whether they think the atomic bombings of Japan were justified. This teaching pack has earnt ACT’s Quality Mark for outstanding Citizenship content. Our new teaching pack, Critical Mass, contains a lesson in which students learn about the art made by atomic bomb survivors, and make their own artwork in response to what they’ve discovered.

If you’d like CND Peace Education to run an interactive workshop or assembly in your school, please complete our online booking form.

Lastly, it’s been 75 years since the bombings of Hiroshima (6th August) and Nagasaki (9th August). Why not make your own peace crane to mark the occasion and honour those affected? We’d love to see your creations – tweet us @CNDPeaceEd!

[1] August 6, 1945: Statement by the President Announcing the Use of the A-Bomb at Hiroshima. See the transcript at: https://millercenter.org/the-presidency/presidential-speeches/august-6-1945-statement-president-announcing-use-bomb

Why Mindfulness Should Be Part of PSHE Education »